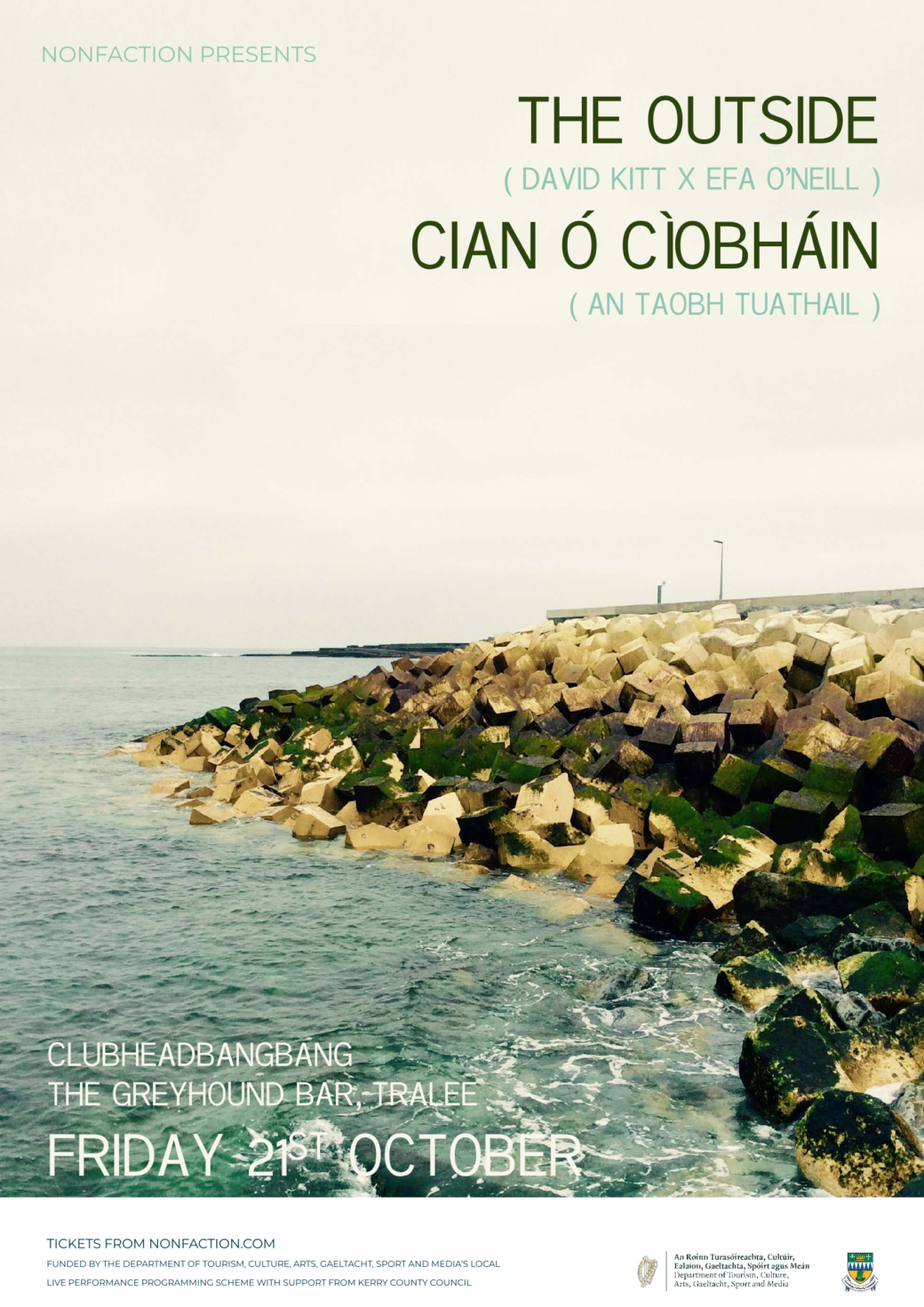 The next ClubHeadBangBang show will feature a live set from The Outside and a DJ set from Cian O’Ciobhain.

The Outside is a new collaborative project between musician and producer David Kitt and DJ and Tralee sound artist Efa O’Neill. Using field recordings recorded locally in Kerry as a starting point, the pair stretch out in exciting electronic directions running the gamut from blissed-out ambient to futuristic club-ready bangers.

DJing before and after The Outside will be West Kerry native Cian O’Ciobhain, famed for his legendary 110th Street events in Galway as well as his two decades at the helm of An Taobh Tuathail on Raidio Na Gaeltachta, Cian has carved out a niche for himself as one of the best and most respected alternative DJs in Ireland.